Traveling was unwise as they had what they need in their small community. Traveling was a perilous ordeal as brigands and bandits usually man the roads. The only way to live was perfecting your craft as a tradesman in your town or just simply continue farming. Any money owed only circulated within the town. The industrial revolution changed all of that.

After the birth of the factories, laborers had to be called from far away towns to accommodate the need of the hungry beast that are machines. Mass manufacturing for exportation and national consumption became the brainchild of capitalism. Economies of scale became the central thought as cities grew to accommodate families of laborers moving in.

Fighting for laborer’s rights is still a never-ending battle even today.

Thanks to the laborer’s activism, we now enjoy a lot of rights as a nation. While Due Process, per se, was not conceived by the labor movement, it is through the blood, sweat, and tears of labor activists that the constitutionally protected right to due process is available in the workplace. Before, the workplace was only where a person plants his labor and reaps the rewards through his wages.

Through the labor movement, it is impressed to the capitalists and business owners that work has a massive effect on a person’s life. It is so intertwined with a person’s comings and goings that the worker’s rights must be protected as if it is of equal level of the right to life. The right to a living is so significant that due process must be followed if one must be terminated. The right to be heard and the right to be notified of one’s mistakes are pretty standard before getting terminated. 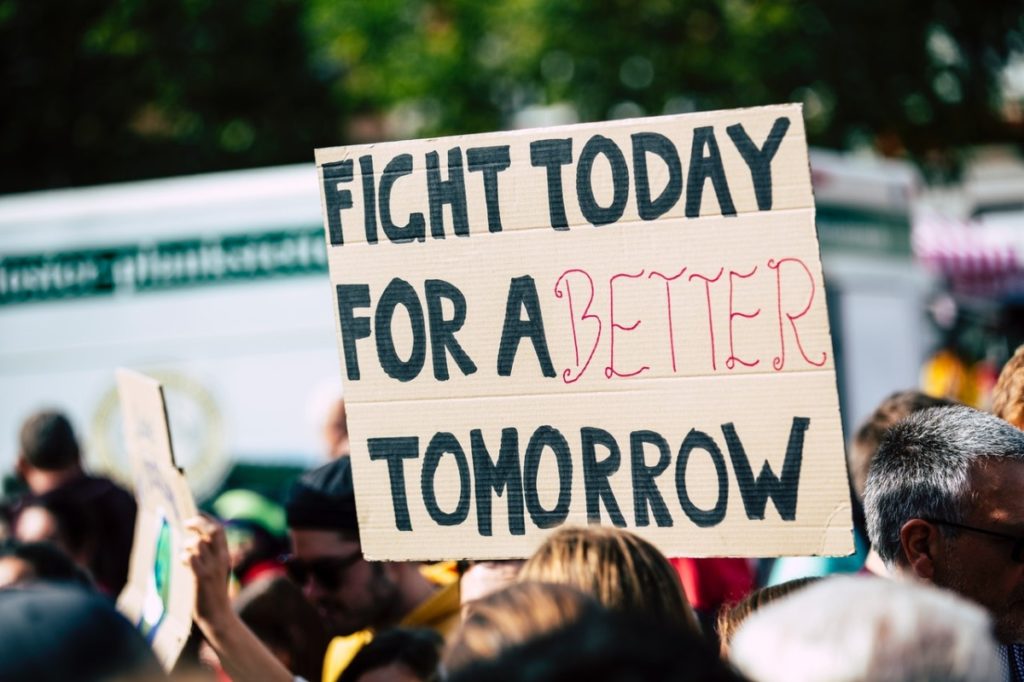 The right to organize and protect each other is now backed up by the Clayton Act of 1914, thanks to the labor movement. Almost all kinds of laborers have the right to organize and protect themselves and their contracts from different kinds of abuses. Unfair labor practices are always employed by nefarious businessmen who victimize employees who remain powerless alone. By becoming organized and part of a labor union, a person can protect himself or herself from the abuses of businessmen.

A labor union can take part in strikes that severely disable a business. They can also negotiate their labor contracts through a collective bargaining agreement with their employer. A laborer is strong if he or she is part of an organized group. No new businessman will ever rise from the ranks of laborers if the right to organize didn’t exist.

The right to work only eight hours a day and only five days a week is a luxury a normal laborer didn’t enjoy in the early years of the industrial revolution. In the 1850s, the average workweek is around 60 hours a week. That is around 10 hours from Monday to Saturday every week. Thanks to the labor movement, all businesses around the world have a structure where they could build their entire backbone on.

Benefits enjoyed by laborers now were once non-existent before the labor movement. The right to take sick and vacation leaves for your personal consumption is a luxury that not everyone is offered. Disability benefits for physical restrictions or impairments are now available for those who have been injured because of work. They are also available for those claiming equality in opportunity despite their physical disability. Parents now enjoy time off after giving birth to a child because of the benefits once fought for. These rights are now enshrined in basic employment contracts.

Even in the digital age, the fight for laborer’s rights is still ongoing. The entire process of protecting labor is a long and hard-fought road, with a lot of miles yet to track. As we move forward, we must remember that a lot of the luxuries we are experiencing now at work were the results of the battles of those before us. Hopefully, we also join this worthy cause.